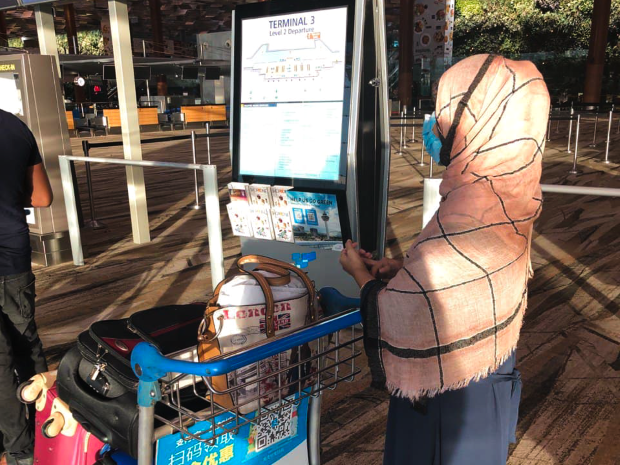 At a young age, Sahini had to work to support her intellectually-disabled younger brother and sickly mother. Yet, the money she earned was barely enough for the small family of three. With limited job opportunities and an unsustainable income, Sahini started to look for opportunities abroad. That was when her trafficker seized the opportunity to lure her to work in Singapore, promising her a lofty sum of income from the prospective job stint as a cultural dancer in Singapore. Hoping that this new opportunity would lift her family out of poverty, Sahini quickly accepted this golden chance laid in front of her.

Sahini’s hopefulness did not last long. When she reached the sunny island, she realised that the job she landed herself in was drastically different from what was promised to her by the employment agent – she was made to dance in a club and was forced to be physically intimate with customers against her will. This was not what she had signed up for but she had no choice but to endure the exploitation; there was no way of escape.

Sahini was later rescued by local authorities and referred to HAGAR for help. With HAGAR’s support and assistance, Sahini began to heal from the psychological abuse she had suffered and was able to start employment at a factory. Sahini was thriving at her workplace; she received many bonuses due to her stellar performance at work. With the income she received, Sahini was able to send money back home regularly and save up for her own future.

Unfortunately, Sahini had to return home in 2020 as her mother was critically ill. HAGAR worked closely with MOM to ensure she could secure an air ticket as quickly as possible so that Sahini could to attend to her mother. We also provided her with a sum of money to tide through the pandemic. With HAGAR’s help, she was able to see her mother through the last few weeks before her passing. The loss of her mother was a huge blow for Sahini. During those months of mourning, HAGAR continued to provide Sahini with emotional support and counselling.

Today, Sahini has resettled well into her community and is also a mother to a newborn baby.

She is thankful for the love and support she has received from HAGAR, and our commitment to walk the whole journey with her. Though she is now back in her hometown, we remain in regular contact with her.