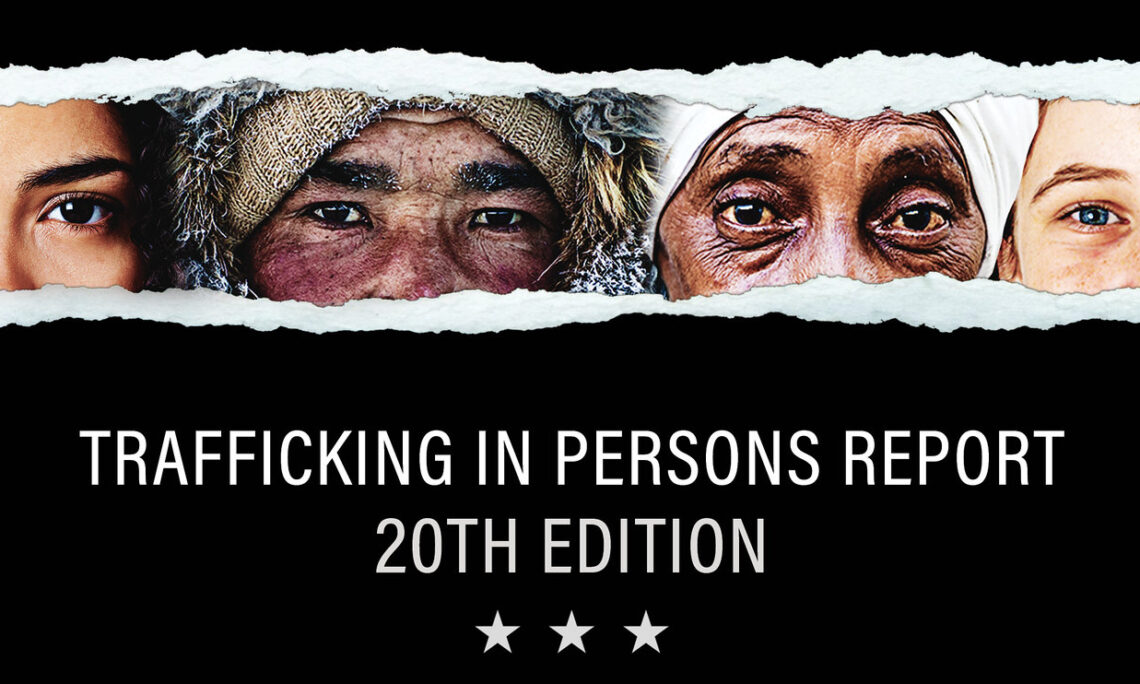 The legal institution of slavery has been abolished and likewise so should slavery practices along with it. Yet, slavery continues to remain pervasive in many slave-like forms.

In today’s globalised economy, many goods and services are traded. One of the largest thriving industries is the trade of humans as a good or a service without any regard for their well-being. The human trafficking industry is the second largest criminal network where USD 150 billion illegal profits are generated every year. That’s more than double the funds set aside by the Singapore Government in the total 4 combined budgets for 2020 in an unparalleled stimulus package to tide over the COVID-19 crisis!

In this year’s Trafficking in Persons Report, Singapore has achieved a milestone in joining the ranks of Australia, New Zealand, Norway, France, and others, making it into the Tier 1 placement. Read the 2020 US TIP Report here.

Singapore, having been in Tier 2 for the last 9 years, and one year in the Tier 2 watchlist in 2010, has since been taking a serious stand against human trafficking. The Singapore Government formed in Inter-Agency Taskforce on Trafficking in Persons, has set forth a National Plan of Action, passed the Prevention of Human Trafficking Act in 2014 that has accounted for the conviction of sex trafficking offenders and achieved the first labour trafficking conviction in December 2019. Efforts to increase awareness and public engagement have led to a greater knowledge and understanding of human trafficking and its prevalence in the country.

Amidst the remarkable progress, the Tier 1 rank does not mean that human trafficking no longer exists in the country, nor that the country is doing enough to address the problem. Rather, it indicates that a government has made efforts to address the problem and must continue to demonstrate appreciable progress each year in combatting trafficking. Tier 1 represents a responsibility rather than a reprieve.

Working closely with the Singapore Inter-Agency Taskforce, HAGAR has been assisting women who have been trafficked into the country for sexual exploitation and forced labour. These women were offered jobs with promises of a good salary, but found themselves forced into exploitative, slavery-like conditions. Traffickers use psychological and physical coercion to keep victims bound, including threat of serious harm to their families back in their home countries.

Oftentimes, victims are threatened with force repatriation without pay if they do not comply with their wishes. Returning home is almost never an option because of the huge debts these workers had assumed to recruitment agencies or individual recruiters in their home countries or Singapore when they first arrived. Besides being bonded by debt, victims are forced into sexual or labour exploitation by means of salary reduction, illegal withholding of their pay and passport, physical and sexual abuse, and restrictions on movement. Some are starved and housed in overcrowded and squalid conditions.

In the fight against human trafficking, HAGAR recognises the impact of trauma on victims, and the critical need for effective trauma care in order to rebuild the lives of survivors. Singapore has a huge foreign labour workforce with almost a million work permit holders. Migrant workers have credible fears of losing their work visas and being repatriated, since employers have the ability to repatriate workers legally at any time during their contracts with minimal notice.

With the COVID-19 pandemic and its economic impact that has caused the closures of businesses and affected many livelihoods of foreign workers here in Singapore, the vulnerability of many individuals have risen sharply, making them more susceptible to unscrupulous employment agents and human trafficking networks. The conditions for human trafficking are increasingly ripe and we must step up in our efforts to even out the stakes to better protect workers, strengthen legislation and thwart human trafficking at its very root.

While Singapore has done much in the fight against human trafficking, the prevalence of this sinister crime remains alarming and calls on each of us to step up and act on our moral duty to stop this heinous mistreatment and abuse of a fellow human being. In just three simple steps, you can take action!

Pledge your resources, donate to the cause or volunteer your skills to further the mission

1. Understand the signs of trafficking so that you can help report suspicious behaviours

2. Spread the word and rally support from your private or corporate communities in giving and creating awareness

3. Pledge your resources, donate to the cause or volunteer your skills to further the mission

Together, it is possible to #EndHumanTrafficking